Alpinist.com, Marek Holecek and Radoslav Groh endure an epic to complete a new route on Baruntse 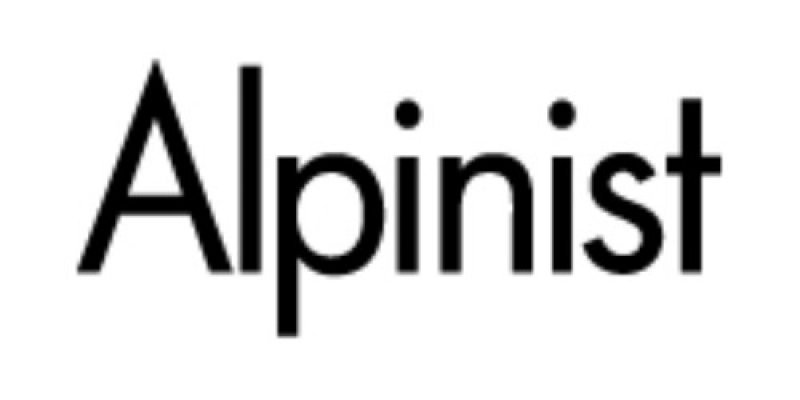 Marek Holecek and Radoslav Groh endure an epic to complete a new route on Baruntse
On May 21, two-time Piolet d'Or recipient Marek "Mara" Holecek and fellow Czech climber Radoslav "Radar" Groh set out to climb a new route on the west face of Baruntse (7129m) in Nepal's Hunku Valley. They packed food for six days—they were on the mountain for ten.
They overcame slow, technical climbing and endured tent-bound storms near the summit, unable to move up or down. Feeling that their safest option was to continue over the top of the mountain to descend the Southeast Ridge, they pushed to the summit on May 25, completing Heavenly Trap (ABO+: VI+ M6+ 80°, 1300m). But their ordeal was still far from over. They were pinned down for several more days on the descent. At last, depleted and facing dangerous avalanche conditions near Camp 1 at approximately 6000 meters on the Southeast Ridge, they called for a helicopter rescue.
"We agreed that we wanted to dedicate [the route] to our two friends Petr Machold and Kuba Vanek, who [were] lost in this wall eight years ago," Holecek wrote.

Holecek has been in the headlines with Zdenek Hak for first ascents of UFO Line (ABO: M6, WI5, 2500m) on Chamlang (7321m), Nepal, in 2019, and Satisfaction (ED+ M7 WI5+ 70°, 3000m) on Gasherbrum I (8080m), Pakistan, in 2017. Both climbs earned them Piolets d'Ors.
Holecek sent the following account of Heavenly Trap to Alpinist:
For several years, I had carried this idea in my head of the beautiful wall with a new line.... I revived the idea in 2019 when I saw Baruntse again in its full beauty. However, at that time there was another [objective at the] top of the list a little farther in the same valley where we went with Zdenek "Hacek" Hak, to climb a new path on the northwest wall of Chamlang. But that single look was enough for me to say that I had to go back there, and so it happened this year. We arrived at the base camp under the Baruntse wall on May 13. We were already well acclimatized from the previous trek, so we just waited for four consecutive days of good weather to appear so we could start climbing the west face.
May 21
We pack climbing material and food for six days and go to the glacier. We bivouac just below the entrance to the wall.
May 22
We start climbing and immediately run into [challenges] within the first meters. There was hard ice in the lower parts, which often turned into mixed sections. This is because the western wall has undergone a major change in the last dry years. A lot of snow and ice disappeared from the slopes. For example, the ascent of the (1995) expedition of Sergey Efimov. This ascent led [up] a pillar of the western wall. Significantly to the [right] of our [route]. In the current conditions, I can't imagine anyone repeating it.
Due to the complexity of the terrain, our progress could not be accelerated. On the contrary, more and more difficult sections are added. With the rising sun and temperatures, stone projectiles begin to fly around us, carrying death. After 10 hours on crampons, we have no choice but to dig an ice platform and survive the bivouac in a sitting position, suspended on a rope. Wrong place and about a hundred meters lower than we originally planned to [bivy].
May 23
The weather is good. We climb to the ice plate, which leads us diagonally to the left over the snow organ, to the rock sections. We hack ice axes in hard ice all day and climb from one groove, which is always bordered by a rib made of loose snow. The process is slow and costs us a lot of energy. Before sunset we find a hole for a tent in one snow rib and we make a bivouac.
May 24
In the morning we find the most difficult passage of the ascent. Above our head we have a 250-meter barrier of broken rock. It takes us a while to decide where our steps will lead. The ascent begins to slow down and the weather breaks down. Finally, with all our might, we climb 70 meters below the ridge during a heavy snowfall. We have to camp there. Fortunately, we find a rocky outcrop, protruding above the valley, which is exactly large enough for our tent. We are building an airy bivouac and rivers of snow are falling around us all night.
May 25
The weather is bad, but there is no other way than to climb the ridge, then [reach] the top and go down the classic way. It's easy to say, but the falling snow, including the wind, and the last mixed sections will take up all day again. We reach the top around 4 p.m., completely frozen and we can't see the step due to the fog. We set up a tent. At night, [high winds] completely cover our tent with new snow. The strong wind does not stop in the morning, bringing new torrents of snow. We try [moving] a few tens of meters lower, but then we set up the tent again and climb into it. It is not possible to continue the descent.
May 27-28
The weather is devilish and even ordinary basic tasks, such as boiling water or going to urinate, are on the limits of survival. We free the tent from the grip of the snow several times. We wait on the spot and pray. There is nothing more we can do. We already have everything wet, frozen, and we are cold.
May 29
The weather improves a bit, the wind calms down and at least a little [of our surroundings] is visible. We descend more than 1000 meters along a sharp ridge that leads into the valley. However, due to the amount of new snow and the risk of avalanches, the progress is slow. In the afternoon it is clear that today we will not be able to [reach] the glacier below...and another unpleasant bivouac awaits us.

May 30
It's a beautiful morning and the promise of a nice day. We immediately take advantage of the opportunity [of clear flying weather] and call for helicopter via satellite phone. The reasons are clear: no one in Base Camp is waiting for us* [and] there is a lot of new snow on the slopes and in the valley, which is constantly falling down. Neither of us want to push ourselves with [the increased chance of] avalanches after those days. Fortunately, our call is heard and at 7 o'clock in the morning we were freed from the ice hell by a helicopter, which took us directly across the Himalayas to Lukla in 30 minutes. [*They had a permit but did not bring along any base camp staff who would wait for them and monitor their progress during the climb—a practice that is somewhat uncommon for permitted expeditions of well-known climbers.]
www.alpinist.com