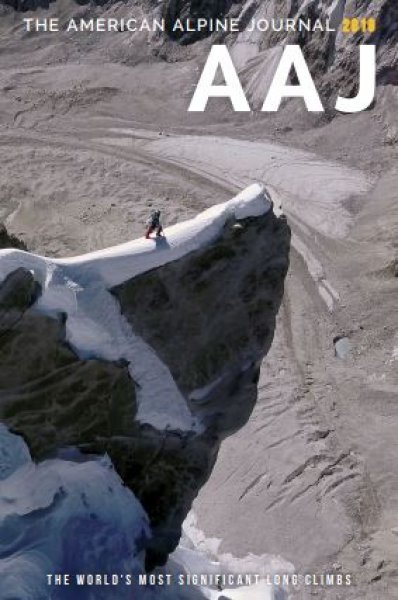 Kyajo Ri, Lapse of reason
Following a tip from Czech mountaineer Martin Otta, Marek Holecěk and Jan Smolen attempted Kyajo Ri (6,151m) from the west in the spring of 2017. Approaching via the village of Landen (4,400m) in the valley of the Bhote Kosi, the two climbed 700m up a steep couloir on the left side of the west face to reach the north ridge. They progressed along the very sharp crest a short distance to bivouac on a spot they dubbed the Eagle’s Nest, a little above 5,800m. The following morning Smolen suddenly became quite ill, began to vomit, and his brain “reeled.” The retreat proved difficult, but they successfully descended the wall, after which there was no strength left for a subsequent attempt. For a return match in spring 2018, Holecěk enlisted Zdeněk Hák, his partner from the 2017 new route on Gasherbrum I (AAJ 2018). With two other Czechs, Holecěk first spent three weeks trekking in the Khumbu area, crossing high cols and eventually climbing a peak of around 6,500m. When he arrived at Landen to meet up with his climbing partner, Holecěk was exhausted. Hák was full of energy but unacclimatized, so the two were evenly matched. They walked up from Landen to a bivouac at 4,900m, from which they could see the peak was far drier than the previous year, and the line Holecěk had climbed with Smolen simply didn’t have enough snow. They next morning, May 26, they left at around 4 a.m. and found a barely feasible line further left, which they followed over friable rock to reach the crest of the north ridge around midday. From there they continued along the sharp and exposed crest to gain the Eagle’s Nest at around 4 p.m. The next morning they rappelled 30m on the left side of the ridge and moved onto the northeast face, where névé alternated with broken and sometimes overhanging or wet rock. Most pitches proved a struggle, and meaningful protection was almost nil. They crossed the summit as the sun was setting and descended around 300m of the southwest ridge (normal route) before bivouacking. Next day, May 28, they continued down the ridge to the Thesebo Valley and walked out to Namche. The Czech route up the west face, north ridge, and northeast face, with about 1,200m in vertical gain and more than 1,600m of climbing, was named Lapse of Reason (ED+ M6 WI4+ UIAA III+).
INFORMATION SUPPLIED BY MAREK HOLECĚK, CZECH REPUBLIC